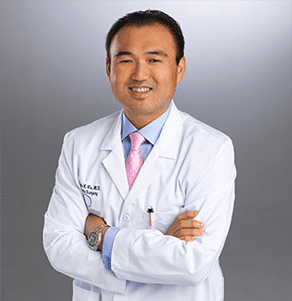 Dr. Joseph Ku helps men and women in Riverside, California, improve their appearance at Precision Plastic Surgery. His masterful surgical skills and advanced techniques have earned the admiration of both his patients and his colleagues.

Dr. Ku earned his biochemistry and cell biology majors and Spanish literature minor in just three years from the University of California San Diego (UCSD). He also received his medical degree from UCSD in 2000. While at the university, Dr. Ku entered the prestigious Phi Beta Kappa organization in honor of his high academic achievements.

After earning his medical degree, Dr. Ku completed his five-year general surgery program at UCSD. His budding passion for plastic surgery led him to conclude his residency in plastic and reconstructive surgery in Salt Lake City, Utah, where he served as Chief Resident in his final year.

His native roots of Southern California drew Dr. Ku back to Riverside, where he’s established a network of appreciative patients as President of Precision Plastic Surgery.

Office Hours
Get in touch